The Process Of Discovery In Delaware 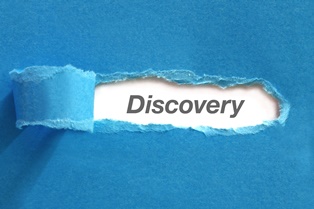 When someone is injured in an accident because of another person's actions, they may be able to file a personal injury lawsuit against the negligent party and pursue compensation for damages in civil court. While Delaware law gives injury victims the right to pursue a legal remedy, these cases are by no means simple and straightforward. Personal injury lawsuits can be complex and lengthy, particularly if the case goes all the way to court.

From filing to the conclusion, there are a number of steps in a civil lawsuit. One of the first and most important steps is discovery. During the discovery phase, each side must present evidence or witness statements to strengthen their case, or to comply with requests made by the opposing counsel.

Discovery is the fact-finding phase of a lawsuit designed to ensure that all of the relevant information pertaining to the case is out in the open well in advance of trial. Discovery rules allow either party to request—and receive—almost any information, even if it only slightly pertains to an aspect of the lawsuit. As a result, things disclosed during discovery may include:

Discovery rules give attorneys for both sides wide latitude to request information, but that doesn't mean that absolutely anything and everything is subject to disclosure. Legal limits exist to ensure that discovery powers aren't abused, and to prevent private, irrelevant information from becoming public. For example, a judge may limit the private information required from a third party not involved in the dispute, rule that someone doesn't have to divulge personal information (such as religious beliefs, or sexual preferences or practices) unrelated to the case, or issue a protective order to prevent sensitive information revealed during the case from making its way to the public.

When it comes to actually requesting discovery information, attorneys have a variety of tools at their disposal, including:

Were You Injured in an Accident?

If you were injured in an accident that wasn't your fault, the skilled legal team with the Morris James Personal Injury Group can help you pursue compensation for your injuries, as well as other damages. Contact us today to schedule an appointment for a free initial consultation.