In Delaware, employees who've been hurt on the job or diagnosed with an occupational disease may be entitled to workers' compensation benefits such as temporary total or partial disability payments, permanent partial impairment or disfigurement lump sum monetary awards, and coverage of related medical expenses—including prescription drugs. However, for injured or ill workers, having one's medication covered by workers' compensation is rarely as simple as taking the prescription to the pharmacy of their choice and having it filled.

In 2012, the Delaware Superior Court upheld an earlier ruling by the state's Industrial Accident Board (IAB) which determined that workers' compensation carriers—employers—have the right to dictate where and how an injured or ill worker fills their prescriptions. This means that, rather than taking their prescription to their neighborhood pharmacy, employees collecting 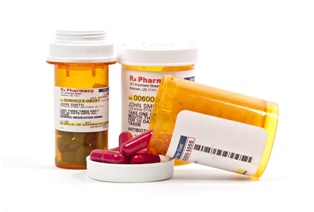 workers' compensation benefits may be forced to fill their prescriptions through the employer's preferred pharmacy, or using a specified prescription drug plan or card. If you were recently injured in an on-the-job accident, here's what you need to know about workers' compensation prescription coverage in Delaware. You can contact the Dover and Newark, Delaware Workers' Compensation Attorneys at Morris James Personal Injury Group by filling out a contact form.

Those aren't the only instances of bureaucratic red tape that injured or ill employees may encounter when attempting to get their prescriptions covered by workers' compensation. The Delaware Workers' Compensation Oversight Panel maintains a preferred drug list and encourages doctors to prescribe generic drugs whenever feasible. While it is possible to get a brand name or non-preferred drug covered by workers' compensation, in some case it may require special approval or documentation that the preferred or generic drugs lacked efficacy or caused unacceptable side effects.

Are you struggling to get your medications covered by workers' compensation after being injured on the job? The knowledgeable legal team with the Morris James Personal Injury Group can help you fight for the prescription drug benefits you deserve. Contact us today to schedule a free initial consultation to discuss the details of your case.