Aggressive driving is a leading cause of motor vehicle accidents, injuries, and fatalities in the United States and, like any state, Delaware has its fair share of aggressive drivers. According to statistics reported by the Delaware Office of Highway Safety (OHS), 116 people died and an additional more than 10,300 people were injured in aggressive driving-related crashes in the state between 2015 and 2017.

Aggressive driving accidents can leave victims seriously injured, temporarily or permanently unable to work, and facing significant unplanned medical expenses. Learning to recognize aggressive driving—both in oneself and others—and developing defensive strategies to combat it can help motorists stay safer on the road while those who have already been injured in aggressive driving crashes may be entitled to compensation for damages.

In a 2016 study released by the AAA Foundation for Traffic Safety, nearly 80 percent of drivers reported expressing aggression, anger, or rage while driving at least once in the past 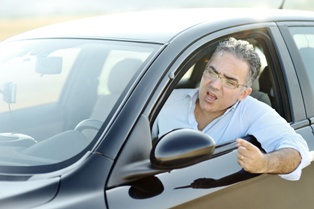 12 months. So, even if drivers are not familiar with the concept of aggressive driving, they are usually able to recognize it in action on the road.

Delaware law defines aggressive driving as a series of three or more Title 21 traffic infractions committed in a single incident. Drivers who violate the law can face up to 30 days in jail and fines of up to $300. Additionally, drivers convicted of an aggressive driving violation must complete a behavior modification class or attitudinal-driving course within 90 days of their conviction. Non-compliant motorists or repeat offenders may have their license suspended.

Additional research shows that male drivers age 19 and younger are most at risk for displaying dangerous aggressive driving behaviors.

Do You Need an Experienced Car Accident Attorney in Wilmington, Delaware?